On the 30th of August 2017, we started to take you on a journey two years in the making when we sat down with Melanie Beck who won the Kids Room Makeover competition we launched in 2015 for our ten year birthday. The Becks had put a pause on their prize as they were busy building their new home on the mountain slopes of Somerset West. Over the month of September, our creative team went in and transformed little Daniel Beck’s bedroom into a celestial-themed dreamland fit for a prince. 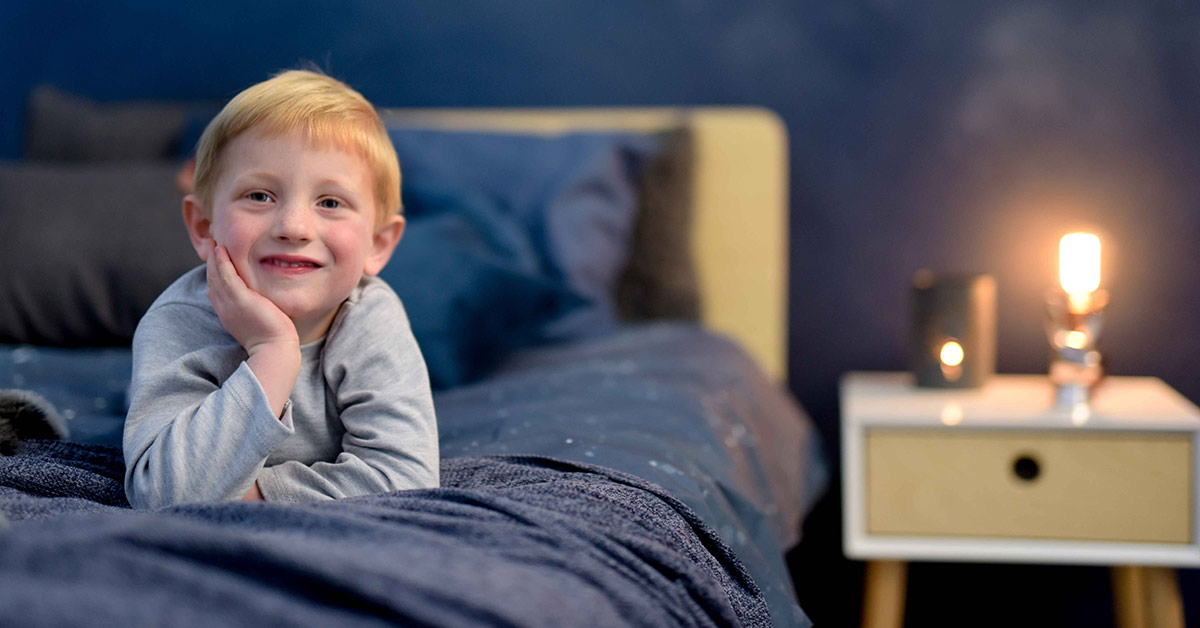 According to Daniel’s mom, Melanie, “When Daniel saw his room for the first time he ran in, stopped, pointed at the moon painted on the wall and gave a huge smile. He then threw himself onto the bed and crashed into the tent with all the enthusiasm that a 3-year-old can muster!” 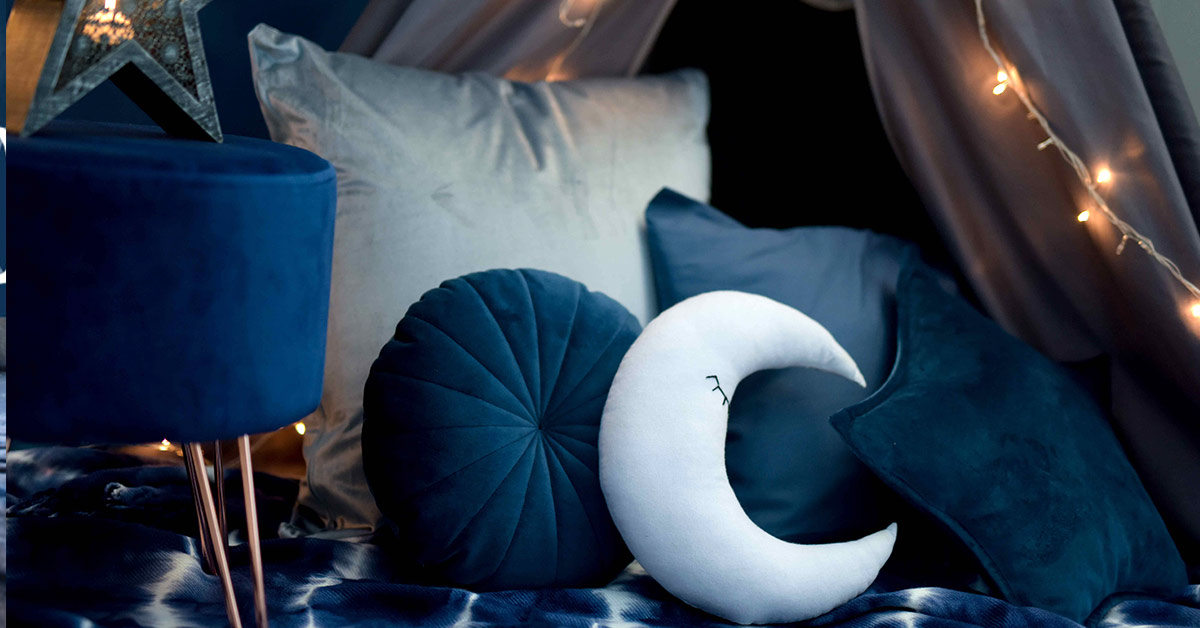 She goes on to say, “His favourite part of the room is the tent. He loves to drag his toys in there and play. Often I find his and his sister’s duvets, pillows and soft toys stuffed inside the tent as they play forts or have a picnic. “
We knew right away that Daniel liked his new room when the lovely Inecke De Kock from Inecke Photography invited him in for the first time. He liked her straight away and was happy to pose most beautifully in his brand new bedroom, sporting his brand new grey jumpsuit from Amy Portman at Lullaby Rock. Amy knew just what to send to little Daniel to make him look gorgeous on the day and soon Daniel received a little parcel with Lullaby Rock’s grey harlem pants and signature plain tee. 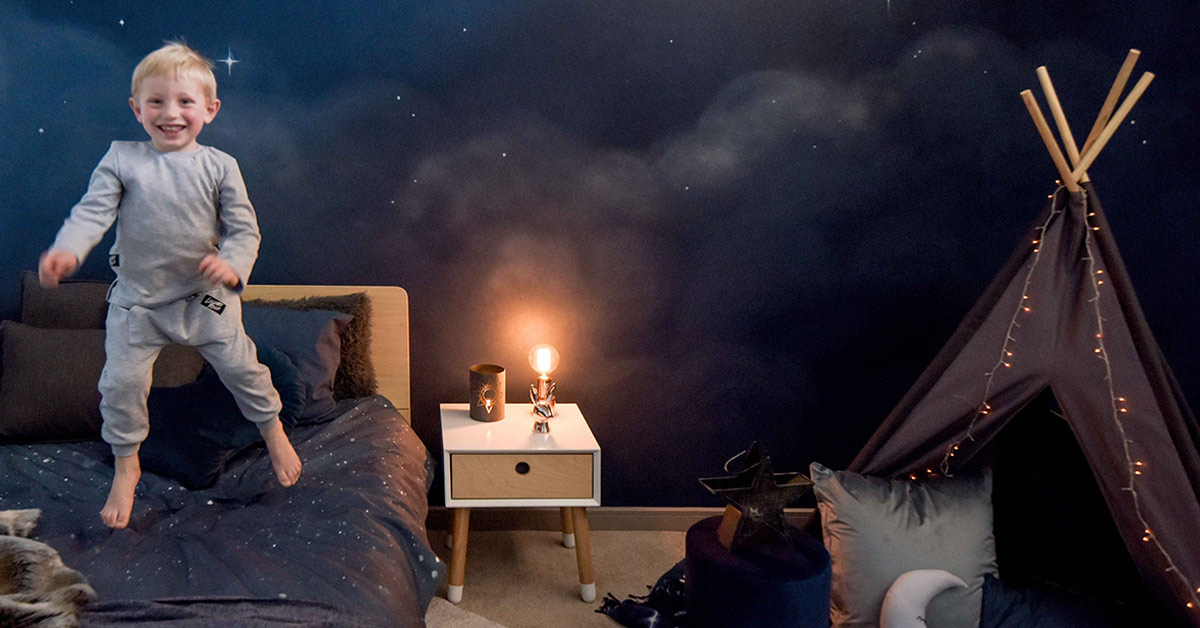 Melanie really liked the celestial mural we painted in Daniel’s room to match our new celestial bedding set. “I absolutely love the mural. It changes throughout the day as the light reflects through the windows. In the mornings a beam of light shines on it through the top windows which Daniel says looks like a rocket shooting! It’s beautiful!’, says Mel. 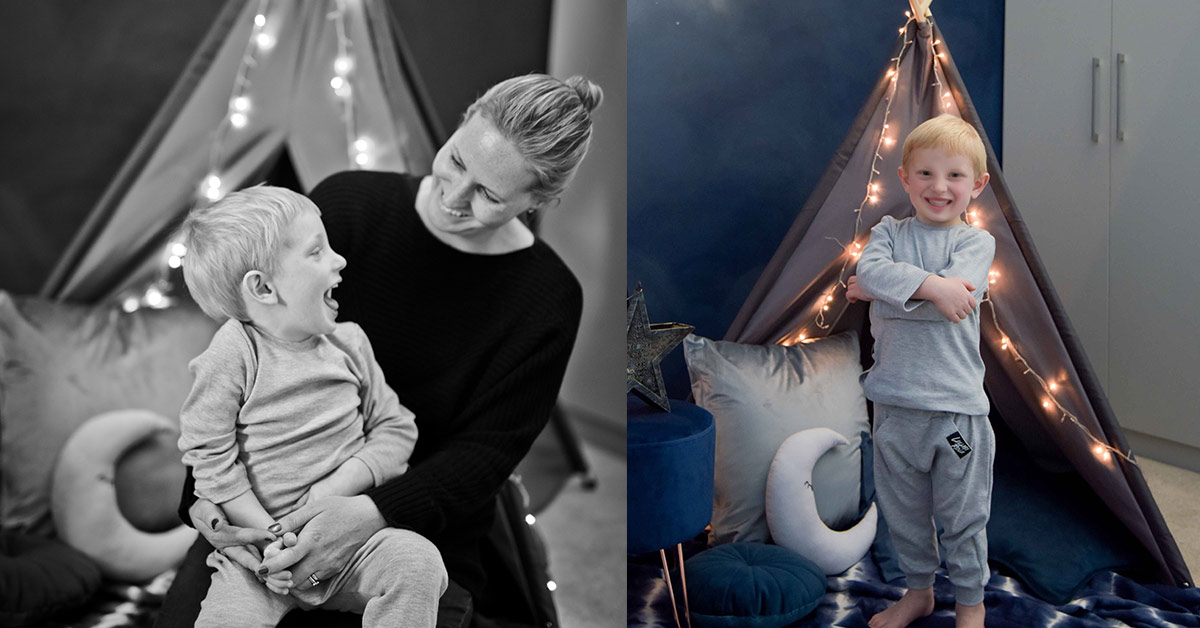 We think Daniel and Melanie are quite happy with their new room from Clever Little Monkey!
See how it easy it is to recreate the Celestial look here:

Welcome to the uber cool blog of Clever Little Monkey. We love all things design related for kids and baby bedrooms. Follow us for design ideas, product releases and useful information.

Yulande Rox is the CEO and founder of Clever Little Monkey. She drives the company’s vision, strategy and growth while leading the in-house design and innovation studio. Trained as a Sculptor and Designer at the University of Pretoria, she was an entrepreneur from an early age, having started a new schooling system and run a small graphic design agency amongst others. Today Yulande lives in Pringle Bay with her family.

WE ARE NOW DELIVERING ALL GOODS | www.sacoronavirus.co.za Dismiss